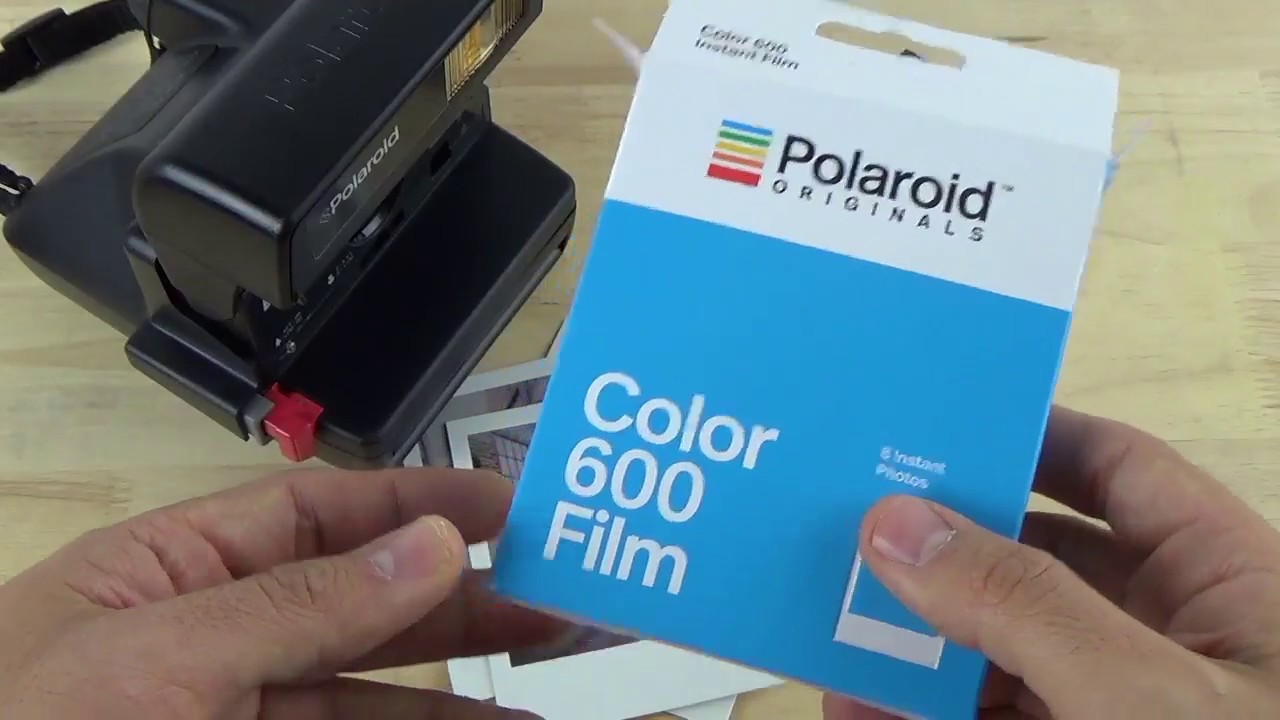 There are several alternatives to Polaroid 600 film. In this article, I’ll cover the i-Type, Fujifilm 100C, and SX-70 films.

You can also use the 600 film with Polaroid cameras that have built-in rechargeable batteries.

If you have a Polaroid camera that doesn’t accept the i-Type, 600 film will work just fine.

When was Polaroid 600 film released?

Originally released in the early 80s, Polaroid’s 600 film is still popular among fans of the vintage camera. It is available in color, monochrome, and duochrome.

Additionally, you can find 600 film in standard, metallic, or limited edition frames. For the most part, these film alternatives are similar to the i-Type films. However, the main difference between the two is the price.

The Impossible Project, which is unrelated to Polaroid, is a company that makes films and camera accessories. One of the Polaroid 600 film alternatives is the PX 600 Silver Shade.

The company produces three different versions of this film, and some of them exhibit random flaws. Nevertheless, you can use PX 600 Silver Shade if you’re looking for an affordable alternative.

The company offers a designer-style Polaroid One pop-up camera and a package of color film.

You can also purchase other classic instant camera models and film alternatives. The Impossible Project website also notes that it plans to release color 600 film in the summer of 2010, so don’t worry about it yet.

For those who have trouble finding a Polaroid 600 film alternative, you can try Fujifilm Instax Wide film. The square version of the film is slightly bigger than the Mini and has a 1:1 aspect ratio. Fujifilm offers both color and black and white film.

These films don’t have fancy frames, but they are great for taking snapshots. Just remember to use them within 6 months.

When Polaroid discontinued the SX-70 film in 1978, it was replaced with the more advanced 600 series. Both films use the same cartridge and film format, but the 600 series has a higher film speed, ISO 640.

The 600 film’s higher sensitivity can be compensated for in the SX-70 with a ND-filter and circuit modifications.

Some manufacturers, including MiNT Camera, have modified their SX-70s to use this film.

The SX-70 was popular in the 1970s, and it still retains a strong cult following today. Photographers like Ansel Adams, Andy Warhol, Helmut Newton, and Walker Evans praised the camera’s quality.

In 1977, a $40 Model 1000 OneStep camera with SX-70 film was the top seller during the Christmas shopping season. The SX-70’s cult status inspired alternative Belfast band SX-70.

The SX-70 film is 1/4 as sensitive as the 600 film, so it requires a greater amount of light to produce a good photo. However, SX-70 film is compatible with all folding-type cameras.

It is only available in black-and-white and classic color editions. The 600 film requires a Neutral Density Filter, which can be purchased separately or at a discount.

One alternative to the SX-70 film is to buy the Impossible Project film. The company reverse-engineered the process of making the film. This film is available in both black-and-white and color.

Because the film is so sensitive to light, the images may end up being a little blurry. But the benefits far outweigh any downsides. You can purchase the film online for as little as $15.

There is no i-Type film alternative for the Polaroid 600, 590, or SX-70 cameras. Polaroid film and SX-70 film are both trademarked and not sold in most stores.

The SX-70 film is a color film with up to five minutes of developing time faster than standard Polaroid film.

If you’d like to experiment with the smaller size of your photographs, consider purchasing Polaroid Go film.

The i-Type film has no built-in battery, so it won’t work in vintage Polaroid cameras.

The 600 film will work in newer models with batteries, however, and still works in the special edition film packs. If you are looking for a cheaper alternative to Polaroid 600 film, you can also try the OneStep 2.

Polaroid Originals is a company that revived the instant camera and launched a new line of cameras that use specially developed i-Type film.

The new line of Polaroid cameras uses i-Type film and is more environmentally friendly than older films. It comes in both black and white and color. There are many types of i-Type film, so you can find a film to fit your needs.

Fujifilm Instax Wide and Mini film are both available in color and black and white versions. The i-Type film is larger than Mini film, and it comes with a 1:1 aspect ratio.

The Fujifilm Instax Wide film comes in color and black and white, but doesn’t have fancy frames. These film formats aren’t perfect for the vintage Instax cameras, but they are more affordable than the i-Type film.

If you’re looking for a cheap and reliable alternative to Polaroid 600 film, you should consider buying a Fujifilm 100C or another Polaroid camera that uses integrated film.

Integrated film comes with a battery in the bottom of the cassette, just like Polaroid 600 film does. It has a wide range of colors and styles.

One drawback is that the film is not interchangeable, so you will have to purchase extra packs.

A popular alternative is Fujifilm 100C or the 100CC. Both of these cameras work with Polaroid 600 film, which is available in blue color. It is also compatible with the Polaroid i-Type camera.

This is one of the few Polaroid camera models that do not use i-Type film. If you’re looking for a cheaper alternative, consider a Fujifilm 100C or a Fujifilm 590.

The Polaroid Go uses a square film format. The new square film is 2.6 x 2.1 inches. Its multipurpose button makes it easy to take multiple photos with one film.

Unlike the older Polaroid film cameras, the new film is not only more portable but also comes with more features, such as an optional tripod socket. And because it’s equipped with a built-in flash, you can take pictures even in low-light situations.

The Polaroid Go is made for photographers who love the original Polaroid format. It is compact and fits perfectly into a backpack, purse, or jacket pocket. Its sturdy body makes it a great option for taking pictures at special events or gatherings.

The pictures produced with this camera are soft and warm in tone. They’re great for portraits, or fun moments when flash isn’t possible.

The Polaroid Go has many advantages, though the primary cost savings is in the film.

This film is less expensive than i-Type film, and comes in two cartridges. It also has the same ASA 640 film speed as i-Type.

If you don’t want to pay a premium for the Polaroid Go film, you can try Fujifilm Instax Square film. Its film has a 1:1 aspect ratio and comes in color, monochrome, and patterned frames.