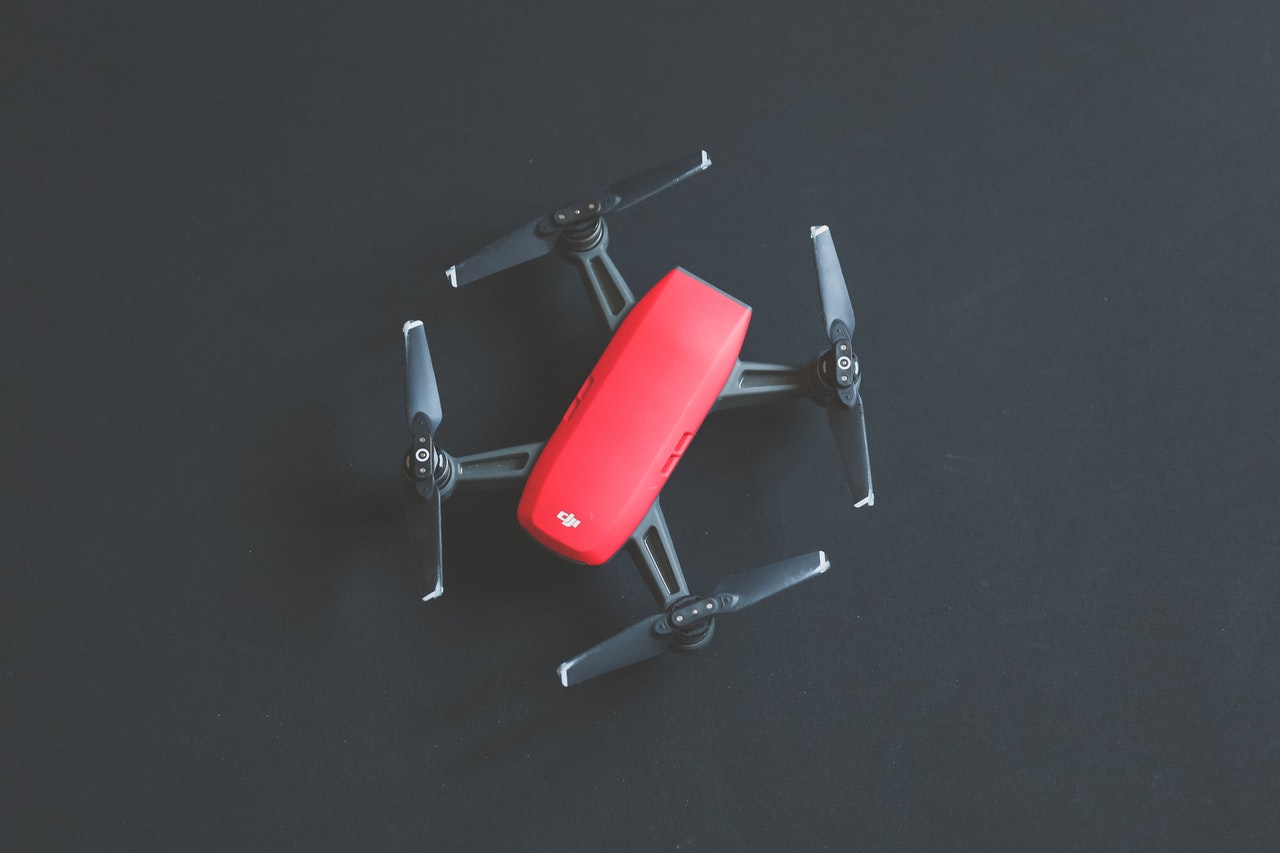 Drones are fantastic flying devices that are useful in photography and filmmaking in general.

If you’re wondering whether or not drones can lift a person, here’s the truth:

Today, most commercial drones don’t have the capability to lift a person or heavy objects. While phones can be hung on them to record aerial landscape, drones are incapable of lifting a person. However, one company has created a drone capable of lifting people: Sky Surfer Aircraft.

The company’s website says it is the world’s safest and most compact design, but how can a drone lift a person?

While the video released by the company went viral, it’s unclear if this type of drone will ever be commercialized.

It will be interesting to see what the potential uses are, however. A drone that can lift a person could be an interesting use for the technology.

Let’s look at other advanced high-impact drones with potentials to revolutionize the transport industry in the future:

Volocopter, the company behind the VoloDrone, is on a mission to revolutionize air transportation. They have secured large-scale firm orders for both the passenger and cargo versions.

Recently, they announced a joint venture with Aerofugia, a subsidiary of the Geely Technology Group, to buy 150 of the company’s VoloDrones. The company expects to start commercial operations in the near future.

The VoloDrone’s design allows it to perform various missions for different industries. It can help in daily operations and building sites, and increase agricultural productivity. The company has been working with companies like DB Schenker and DAX to explore integration opportunities. The VoloDrone is 9.15 meters in diameter and 2.15 meters tall, with a maximum take-off weight of 600 kilograms. Future operations of the VoloDrone will be fully electric and autonomous beyond visual line-of-sight.

The VoloDrone has several applications in the agriculture industry, including the sowing of seeds and crops, and frost control. In the future, it could be used to carry heavy loads on construction sites. The two-seater VoloDrone 2X is capable of traveling at 62 mph and a distance of 27 kilometers. Despite the incredible versatility of this drone, most people cannot afford its price tag and safety regulations.

The VoloDrone is fully electric utility UAS that can lift a payload up to 440 pounds. Its capabilities allow it to carry a variety of objects and is capable of being remotely piloted or operated automatically. Its size and capacity allow it to be compatible with Euro-palette packages and have space for custom equipment. The VoloDrone is also capable of carrying a payload as heavy as 200 kilograms or 440 pounds.

The GRIFF 300 is a drone that can be operated from a helicopter’s captain’s chair or cockpit. Powered by electricity, it is an environmentally friendly alternative to helicopters and is suitable for many different professions. GRIFF Aviation started out as a film company called Magic Air and employed the only full-time aerial film crew in Norway. It is the first drone on the civilian professional market with dual certification from the FAA and EASA.

The new Griff 300 is a drone that can lift a person weighing up to 225 kg. Its eight propellers are capable of lifting a human. Its flight time is approximately 30 to 45 minutes. It is certified by the FAA and EASA and can be flown manually or with a custom mobile control station. While it is not yet fully automated, it can lift a person and will do so without the assistance of a human pilot.

The Griff 300 can carry a payload of 440 pounds. When powered by electricity, it can reach a speed of 68 mph. The company plans to produce a GRIFF 800 model with a payload of up to 800 kg, or 1,764 lbs. The company is planning to release other versions of the Griff 300. This could be a huge benefit to emergency responders. With drones capable of carrying a human, they could be used to lift firefighters, firehoses, or supplies that are required for the situation.

Unlike previous drones, the Griff 300 can pick up a person and carry it to safety. It is the first drone that has gained approval from the US FAA and the European EASA. A former camera operator in the Philippines Koncepto Milenya is capable of carrying a payload up to 220 pounds. If this proves to be a useful service for rescue operations, it could be the future of the drone industry.

According to the Pentagon, the MQ-4 Triton drone is able to lift a human up to four stories. It has a wingspan of 130.9 feet and a length of 47.6 feet. Its sensor system is referred to as “man on the loop.” It has human operators who punch in waypoints and monitor data sent back by the drone. The drone is equipped with lightning protection, de-icing systems on the engine inlet, and heater blankets on the edge of the wing.

While the Triton was originally designed as a Broad Area Maritime Surveillance Demonstrator, the program has been restructured and enhanced. Its next-generation sensors allow it to carry out seafaring operations. But the Triton has seen some setbacks in its development, including a crash of a Global Hawk lent to the Navy for testing. The aircraft was a hit, however, and Northrop expects to sell 68 Tritons to the Navy, eventually reaching initial operational capability.

The MQ-4 Triton is based on the RQ-4N maritime variant. It uses a hybrid composite-metal-alloy fuselage, which gives the aircraft a lighter weight. As a result, it is much stronger than the Global Hawk. It can also lift a person and is capable of flying at a high altitude for 24 hours. The aircraft can also be used for surveillance, as it can spy on up to 2,000 nautical miles at a time.

The MQ-4 Triton is capable of carrying a person and is able to perform surveillance missions. It has a wingspan equivalent to a Boeing 737. The first operational Triton drone will be delivered to the Navy next week, with the second one following a few months later. In the near future, it will be deployed to Guam. It is a versatile drone that can be used for surveillance and reconnaissance missions.

If you have ever dreamed of flying, the Freefly system is a reality. The company makes drones that can carry up to 40 pounds, and it has been lauded as the best heavy-lifting system in the world.

This drone is easy to assemble and has a sturdy carbon fiber frame. You can also get one for yourself for less than $800.

The company was founded in 2012 in South Korea and has been making a big push into the U.S. market.

It began as a manufacturer of electronic components for remote vehicles and eventually moved into aluminum and carbon-fiber production. The CEO pursued a serious RC helicopter habit, and his passion for the technology began to translate into a successful company.

The VoloDrone has been designed to serve a variety of missions in various industries. It is capable of performing tasks such as building sites and daily operations and can increase productivity in agriculture.

A person can sit inside the two-seat vehicle and ride it at speeds up to 62 mph.

The VoloDrone 2X can cover a distance of 27 kilometers. Although heavy-lift drones are still expensive and unaffordable for many people, there are still many benefits to using a small, low-cost vehicle that can lift a person.

The VoloDrone has the capability to carry cargo and equipment, which can include food, agricultural sprayers, and disaster-relief tools. Unlike conventional helicopters, VoloDrones can lift a person up to 200 kilograms and reach speeds of 68 mph.

The VoloDrone 2X is similar to the VoloCity, but has more advanced capabilities. In addition to being able to carry a person, VoloDrone 2X is capable of carrying cargo and can lift a person up to 200 kilograms.

A fully electric utility drone, the VoloDrone can carry 200 kilograms or 440 pounds and cover a range of 40 km.

Volocopter considers sustainability and purpose when designing its products, which includes a flexible payload attachment system.

It can attach various devices to its frame, including cargo containers, food, and even other vehicles.

Volocopter is developing VoloDrone in partnership with DB Schenker and plans to launch commercial services in two to three years. The VoloDrone will provide a solution for modern logistical needs.

Can a drone lift goods?

The VoloDrone, for example, is also capable of carrying other goods. It can carry seed, forestry management equipment, and frost control.

A VoloDrone can cover 6 hectares per hour with its GPS control. In the future, it will be an emission-free, electric option for logistics.

Once commercially available, the VoloDrone will help improve shipping services around the world. It is also expected to be compatible with commercial drones.