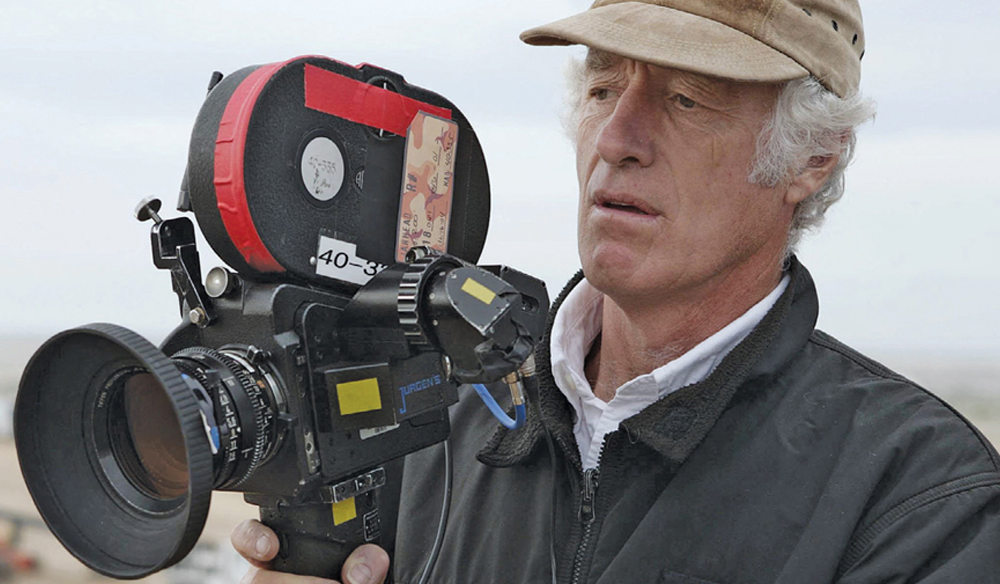 Sometimes, knowing how a movie is shot can improve your overall viewing experience at the theater.

In filmmaking, the debate has always been between film and digital.

Trust me, it’s easy to recognize distracting, and false-looking images on a TV. You may not know exactly what’s happening but it’s referred to as “motion smoothing” or the “soap opera effect.”

While it’s not as common these days to see a movie shot on film, it’s still possible if the budget allows for it and the director and production crew push for it.

Note: There are negatives to shooting on film. That’s why a few dozen films are shot on 16mm, 35mm, or 65mm film each year.

But some renowned filmmakers still swear by the film:{

In the words of Quentin Tarantino, “if I can’t shoot of film I’ll stop making movies.”

Today, more Hollywood films are being shot on digital video. About 90% of all Hollywood movies are now shot this way.

Before digital video became popular, 90% of all Hollywood movies were shot on film.

While there are advantages to both film and digital video, the majority of Hollywood movies today are shot digitally. Films are still available, though, and the 35mm format still has its fans.

While some movies are still shot on celluloid film (which was used for kinetoscope images over a century ago), most recent releases are filmed digitally.

The first major film to be shot on digital video was George Lucas’s Star Wars Episode II: Attack of the Clones (2002). Though the transition has been slow, the film industry has finally embraced digital filming technology.

Filming scenes on digital video is more efficient than filming them with traditional methods. With digital cinematography, there’s no need to reload the film, which simplifies the editing process. The images are transferred directly to the editing suite. They are also scratch-free and of high resolution.

Hollywood has always been at risk of losing its creative groove. However, the recent “Crazy Rich Asians” shows that the romantic comedy genre is still relevant and exciting.

Another example is the fact that studios are allowing more auteurs to realize their visions. A risky film such as Villeneuve’s Blade Runner 2049 can stand out from the bland sequels.

Why are dramas still shot on film?

Despite technological advancements, some dramas still use film. The reason is simple:

As a result, you’ll see a resurgence of movies shot on film.

Digital video is now the preferred format for most movies, but film has its advantages. Some films are more suitable for shooting on film than others, and the choice is entirely up to the filmmaker.

How is film developed?

There are several steps involved in developing your film:

The first step involves loading your film into the tank and making sure it’s properly sealed.

Step #2: Measure the chemicals and temperature of the developer

Next, you’ll need to measure the chemicals and the temperature of the developer according to the manufacturer’s instructions. In general, you’ll need to wait between 7 and 10 minutes for a color film to be fully developed.

Developing film: How the process works

After the first and second steps, the film is then loaded into a processing machine, which undergoes a chemical process to transform it from undeveloped to developed.

During this process, the developer reacts with silver halide crystals, forming the image in the film’s emulsion layers.

Once the film has been loaded into the tank, it is then rinsed in water to remove excess moisture. Next, a fixer solution is added to stabilize the film for exposure to light. Once the fixer is applied, the film is then rinsed in cold water. A wetting agent should be applied to the film as this will prevent developing streaks.

You can also use tap water to develop your film. Just run the water through the tank for five minutes. If you are using tap water, you can add a wetting agent, which will help prevent water spots while the negatives are drying.

Once the film has dried, you can gently pull it off of the reel. If you have excess water, make sure to blot it with a sponge.

The process of developing your film is easy and quick. All you need is a developing tank, a film reel, a film agitator, and a changing bag.

The developing tank is enclosed in a darkened container and is usually connected to a bottle opener. When you’re ready to take your film out, use the bottle opener to peel the film canister off one side.

Which cameras are used in movies?

There are many different types of cameras used in movies. Some of them are specifically for filmmaking, while others are used for other purposes.

The ALEXA Mini is the most common camera for use in movies, while the IMAX camera (9802) is the least popular.

Fortunately, more cameras are becoming certified for IMAX production, and more movies are being shot using them.

To create a film-like look, many cameras are able to capture a wide dynamic range. Modern motion picture film can have up to 14 stops of dynamic range, and many top digital cinema cameras are similar in this respect.

However, a large number of more affordable models are also capable of capturing images with a wide dynamic range.

Professional filmmaking requires several types of cameras, and ARRI is a popular brand.

ARRI makes a variety of cameras for film production, including the Alexa 65. ARRI’s Alexa model is popular with directors because it allows for a wide range of lighting conditions.

In addition to this, the ARRI Alexa includes a range of lenses, including ultra-wide angle lenses.

Many Hollywood films are still shot on film. However, they are increasingly produced with digital cameras.

Some of the most popular models are also made by small, lightweight versions of big movie cameras.

Getting cinematic-quality images has never been easier. Today, the most expensive professional cameras are also more affordable than they were a few years ago.

DSLRs have lowered the price of professional cameras while still retaining their cinematic capabilities.

Which shots are used in films?

Filmmakers use a variety of shots to tell stories. While they are all similar in some ways, each has a different purpose. Some shots tell more about a character or story than others.

Others may be more focused on the setting. A film may also feature multiple shots of the same scene. These different shots are often called “camera shots.”

A film can contain three different kinds of shots. One type is known as the three-shot shot and is the most common.

It features the foreground, middle ground, and background. Film directors such as Orson Wells and Gregg Toland love this shot.

This style of shot requires great detail throughout the set. In “You’ve Been Framed,” a scene with a 360-degree pan in Jack Terry’s sound studio is used.

Another type of film shot is the point of view shot, which is a single shot that shows a single view of an object. It is used for horror films.

The cowboy shot, which got its name in the 1930s westerns, is a variation of this type of shot.

It frames the subject from the mid-thigh to the waist level and is a popular film style. It’s a great way to portray character and background details.

The long shot, also known as the wide shot, sets the scene in a film. It allows the audience to get a good feel for the character and the scene.

It gives the audience a feel for the time and places the character is living in. Most famous scenes in movies were shot using this style.

The long shot is also used to create a sense of distance between the subject and the audience.

Film vs. Digital: Which is Better for Movies?

In reality, digital technology is truly redefining how movies are shot. It’s become easier — when you consider that once upon a time, all movies were made available for viewing using heavy machines that mostly capture 24 photographs or frames every second.

The negative of those images (in seconds) left on the filmstrip are then treated with chemicals to make them meaningful.

This doesn’t sound cool, does it?

With digital filming techniques, many digital cameras now transform the images captured and save them as data to a digital bank, which is then processed faster and more easily.

Both film and digital technology have their purposes and places. Understand which one is best suited for your movies, and don’t neglect to experiment with the other.